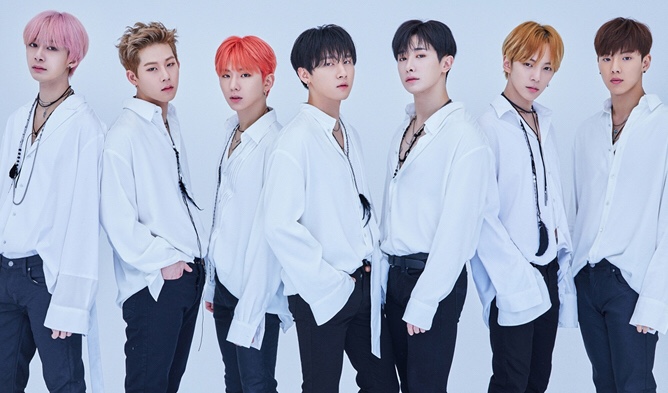 We all go through life with ups and downs along the way. I included (hence the reason I’ve been absent). I’ve seen similar posts like this on pretty much every social media platform I’m active in. But still, I want to write this. I’ve said this on numerous occasions to friends, family, colleagues. I’ve told them

“music has helped me and been with me throughout my life, it’s been there in my greatest as well as in my darkest moments”.

I’m writing this now because I got the follow-up question; “But how do you mean it helped you? you don’t even speak the language?” And that got me thinking (after my instant defensive frustration had calmed itself down of course). And truth be told, even though lyrics do help a lot, the music helps even more. Instrumental music helps just as much as reading a great poem/lyric/book. And I don’t always have to know the words to know what the artist wants to convey through the music. So no, I don’t understand all the words in Korean, I don’t even know half of them. But I can feel what the song means to me. And of course, this can be different for everyone, some of you reading this might thing “Yes! this is so relatable!” while someone else is thinking “Eh….? ? ?” and yet another might be provoked! (If so please find me on my personal twitter and lets talk! cause I’d love to hear your thoughts! No matter if you’ve been provoked, can relate or don’t understand. Talking about it is interesting!).

Now, from music in general to the wonderful world of K-Pop. I have to say, the last 2 years K-Pop has been the main musical influence in my house and thus has helped me tho most ever since I found it.

The thing that I feel is a bit different between the general music and the K-Pop-package that you get when you are a fan of K-Pop as a whole is that you get to know them more. “Them” might be their real personality, it might me their stage personas. Nevertheless, you get to know them. And if they choose to show us fans a stage persona instead of their “true self’s” it doesn’t matter. It’s still them. A stage persona usually is the kind of person they strive to become for real, and i can respect that. I can respect however little or much they choose to show of themselves because it’s up to them, not me.

One way of defining what it means to have a stage persona could be how Carl Jung and the Jungian psychology chooses to define it; “the persona is also the mask or appearance one presents to the world.[14] It may appear in dreams under various guises. People may choose to wear a social mask or “persona” to make themselves appear more socially desirable. People can have multiple personas that they use in various situations, this can include work, being with friends, at home, etc. Depending on the person stronger personas can be created because they put a higher emphasis on social interactions. However Carl Jung warns about using personas too much fearing that one might lose their own individuality to their persona. A study has shown that this can be true to an extent, when taking a private self-rating test there is a high correlation between how a person rates themselves and how they present themselves in public, but its hard to tell if people are accurately filling out the test or answering what they find desirable.[16]You not only get the music, but amazing music videos, fashion, style, performances, lyrics and you get to see them in variety shown, on stage, in dramas, in reality shows and so on. Within K-Pop you just get so much more of everything, it’s simply amazing.

(although, we all know there’s dark sides to everything, also within the K-Pop industry. But lets not focus on that for now)

Whenever I feel a fear I want to overcome I think about Wonho in their reality show Monsta X Right Now. He jumped (episode 6) from one of the highest bungyjump in the world even though he suffers from acrophobia.

This makes me feel so proud of him! Even though I don’t know him personally. I would say I’m proud of EVERY HUMAN BEING that dares to challenge their fears!

Wonho gives me strength to step out of my comfort-zone. He also motivates me with taking care of my health. All he had to do to keep me motivated was to say that he eats a lot of vitamins, exercises and eats well to stay healthy because he was often sick as a child. So now, every time I get unmotivated, I try to think about things that do motivate me. It doesn’t always work, but thinking about his words and his strength that he constantly share with us Monbebes does give me energy!

Seeing how Jooheon can go from the adorable little dork to have such extremely strong stage presence is impressive and inspiring. It inspires me to be myself, who ever i feel like being that day (no, I don’t have any kind of multiple personality/identity disorder, but if a did it would still be ok). What I mean is that as the multipotentiolite that I am I some days feel like a business woman, some days a playful artist and some days I want to be the chameleon that blends into the wall. Joheoons un-fearful ways to show off his dual personality trades, and proudly so, is one of the things that gives me inspiration and confidence in my everyday life.

This was a live performance and the intensity of the emotions that this performance gave me was nothing short of amazing. I wanted to cry. Cry just because of the overwhelming emotions. They performed it with such passion and they it was as if they could connect to the music and lyrics personally somehow, and I could really feel that.

-from zero- I still don’t know the lyrics but the music still grips my soul and makes me feel! I can’t describe the feelings except for as a mixture of love, happiness and passion.

Monsta X are also known for being a group that stands up for minorities within society. You can often spot them wearing accessories made to support a cause, and speaking up for causes / poeple not always having a voice of their own.  And to top it all off, the way they protect Monbebes is amazing, just take the time when they almost started arguing with the staff when they removed the chairs for Monbebes. (Check out the news about it here)

I have more to say about each member, but if I write about them all in this post it will become unbelievably long…

It doesn’t matter if I know them personally.

It doesn’t matter if I don’t always understand the lyrics.

I hear the music.

I see the love.